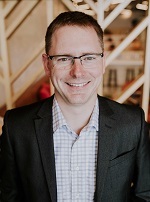 As consultants, some of the most common questions we answer is about how we got to where we are professionally. People wonder how we got here, and how we see the world. We thought we would share our team’s stories.

David: Everyone is wondering how you got started. Walk us through your professional journey: what influenced you to take this kind of path?

Matt: I didn't start off intending to do consulting, but I've done it now for the last 12 years. I realized that I was interested in developing organizational systems and helping people thrive both individually, as leaders, and as organizations. It's one thing to work with a leader, and it's another thing to help a whole group of people thrive regarding what they're called to do.

My first job out of school was to be a church pastor of a congregation in an economically depressed community. The church went under in the middle of the housing crisis post 2008, so they couldn't pay me and I couldn't move. I figured something else out, and when that really started to take off I became affiliated with a small boutique firm for about 8 years. In 2019 my wife and I launched L M Thomas Group, which has grown by double year over year. I am really excited to be able to work with small and medium-sized businesses, nonprofits, and even a few

churches. I get to help them figure out all those things that are getting in their own way so they can meet the goals that they're trying to get to.

David: I love that you mentioned that you were originally a pastor. I feel like that would pair well with consulting; just being humble, being able to articulate things, and truly listening.

In the consulting space a lot of times people are coming in because they have some very strong core expertise or technical expertise about something. They're the experts that come in with a lot of knowledge and “musts” and “best practices”.

In both spaces, I think there’s a lot of room for our firm to come in, because it's a contrast for a lot of folks. I learned the hard way, that frankly nobody really likes to be told what they have to do. They want to be able to express their values, express how they're wired, and get the help they need along the way to achieve the goal they

stated. Instead of having an expert or a super-saint telling them what to do, they’d rather have somebody come walk alongside with them and that does not judge them when they screw up. So that’s the kind of consultants we try to be: helpful, yes, competent, certainly – but in a partner/advisor relationship rather than an expert relationship. 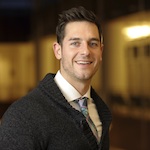 David: You mentioned you started your own business LM Thomas Group in 2019. What was the biggest hurdle you had to overcome when you first started?

Matt: The biggest hurdle that I had to overcome was to articulate what I was selling and to whom. Especially in this industry where you are selling services, rather than a product, it's really hard to say, “here, I have the skillset, pay me for it”. With consulting that's what you're saying. If you're an accountant, or an attorney, or a marketing firm, or any other skill-based industry you must be able to articulate what you do clearly enough that somebody can say “oh yeah, I want that”. Then on the other hand be able to price it in a way that you cannot only do it today,

but you can do it tomorrow. Most consultants start off underpricing their services, but you also cannot price it so high that everybody thinks it’s overpriced.

The biggest hurdle is that ability to communicate with confidence, “I can actually do this thing and I can actually help people”. But you can’t just tell it, you have to show it.

The Values of Sustainable Companies: We haven’t seen it all. 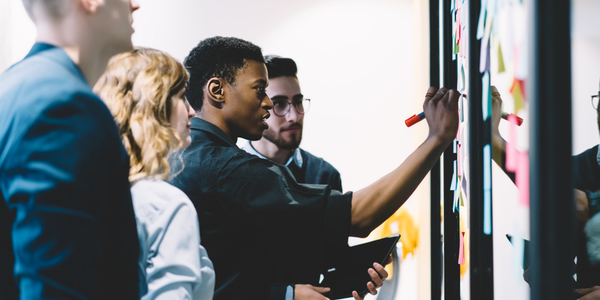 Leaders of sustainable companies understand that there is much greater value in maintaining a stance of lifelong learning rather than a stance of expertise. This is because the most significant problems most organizations face are not solved by experts, but require adaptation, new learning, and stakeholder engagement.

There are three challenges that an expertise stance tends to create: listening, power, and relevance.

There are plenty of times and places where our expertise does, in fact, solve a problem that no one in an organizational system could otherwise solve. Nevertheless, positioning ourselves as the experts in a knowledge economy puts us on the tempting path toward being know-it-alls, and tends to put us more in the position of talkers than of listeners. When we come in knowing the answer, we don’t listen as well, because we tend to know what someone is going to say.

Or at least we think we do.

Success: Putting Your Goals into Practice

Today we have the second post in a series on success, written by our marketing assistant Ryan Smith.

Here's what he has to say: 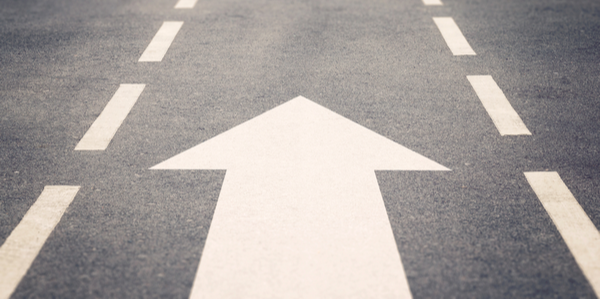 In my last post, I defined successful people as those who live with intention. They have a purpose and realize that reality depends on them, not the other way around. They don’t make excuses or misplace blame on other people or outside factors.

This is purely mental (as are most things), however adopting this mindset will change nothing in your physical world if you are not taking action, which brings me to the crux of this week’s blog.

Successful people act on their goals while other people daydream about theirs.

It’s a simple concept, yet so many people would rather spend time fantasizing about what they could do, hope to do, or should have done, essentially doing everything except what will move them forward. Successful people take advantage of the opportunities they are given no matter how insignificant they may seem. Eventually, this compounding interest of work ethic develops into what other people will chalk up to luck or privilege.

So, how do you develop this work ethic? There is one thing that is more important than others:

Align your goals with your interests.

You are far more likely to succeed at something if you actually enjoy doing it. The difference between people who like what they do and those who don’t, are those who don’t work 40 hours a week while those who do never clock out. While one is dragging their feet and working for the weekend, the other doesn’t even know/care what day of the week it is.

It’s pretty easy to get stuck in a routine when you have things to look forward to (vacations, parties, retirement), steady pay, and job security, then come home and distract yourself with TV. This turns weeks into months into years, until eventually one decides it’s too late to chase their goals.

The issue here is that these “goals” might not actually even be theirs. If someone’s goals are too general (lots of money, certain house or car, retirement by a certain age) then they failed to realize something...

The reason they never had the motivation to go after their goals is that their focus was never on the process but more so on the end result. This is not a strong enough incentive to keep them on a grind day-to-day.

Successful people are different in that they have aligned their goals and interests to a point where their goals are not daydreams to fantasize about, but thoughts that constantly occupy their minds.

Your goals should bother you for not chasing them.

Like a dog you haven’t fed in three days, your goals should be unignorable. The dog will bark, whine, scratch, and plea for you to feed it. Eventually, if you don’t feed it, the dog will eat you.

If your goals don’t bother you then you haven’t taken the time to learn about yourself and decide what you want to do. If you don’t know what you want to do then it makes complete sense that you won’t find success. Rather, you will likely end up aimlessly floating around through life dreaming about an end goal that will never come because you never thought of how you would get there.

So, to develop this drive is simple:

Quit distracting yourself, find out what you want, how to get it, and then go do that.

And enjoy the process.

A prevailing theme of The Dropped Ball Series is that people rarely fail because they are ill willed. More often than not, skill deficiency is the process failure underlying most employee slip-ups in the workplace. Failures typically occur when an employee is unable to execute one of these 40 Ubiquitous Skills for Workplace Success.

The Right Process Improves Our Chances at the Right Results: The Values of Sustainable Companies Series 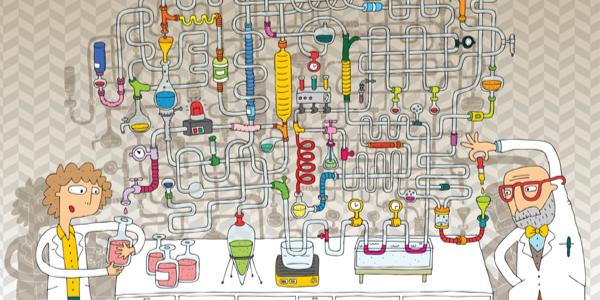 Most of us don’t want to screw things up. We want to get it right. Most of us, though, get in our own way because we focus on the results, rather than the process.

We stumble into the right thing. We get something right in spite of ourselves. And sometimes, despite completely coming at things the wrong way, we accidentally get what we are looking for.

Chances are, though, we can’t do that more than once. Or more than a few times, or under very specific similar circumstances. For most of us, though, that isn’t enough: we want to be able to be consistent no matter what.

We have a big decision to make. A decision so big, or so complex, that we’re not convinced we have any way of seeing the whole picture – including the consequences of the decision. How can we be sure we’re getting it right? Especially if the decisions have risk, are emotionally fraught, or have to be made without all the relevant information, we need to know we did our best, so that if the outcome ends up not meeting our expectations, we can still be happy with our part.

We want to get it right. The outcome of what we do does matter. But focusing solely on the outcomes or results has five problems: